Recently, we have noticed how important it is for customers to be able to mark and serialize a production batch.
To meet these requirements, our company introduces the Traceability System.

What is System Traceability?
It is a collection of tools and software that allows you to trace the production process of electronic devices.

How does Traceability work?
The system consists in identifying PCBs and specific batches of components used during production, so in Traceability it is necessary to mark both PCBs and components.
Thanks to this, we can easily assign specific elements to a given PCB.
All data is saved in the database and on their basis we can trace the production process.
If a defective batch of elements is suspected, we are able to identify the number of boards and specific numbers in which the wrong components have been used.
Such action speeds up the process of recalling batch data, as well as servicing specific quantities of electronic devices.

Which projects is the system intended for?
Due to serialization, the system offers advantages in the production of thousands of quantities.
However, for smaller quantities, we can still offer marking of assembled projects, which we write more about in the “PCB marking” tab.

Get it up and running. Let's do something together.

Prepare project documentation in an electronic version. We can't wait to see it! It is bound to be an exciting collaboration.

Lets get to work! 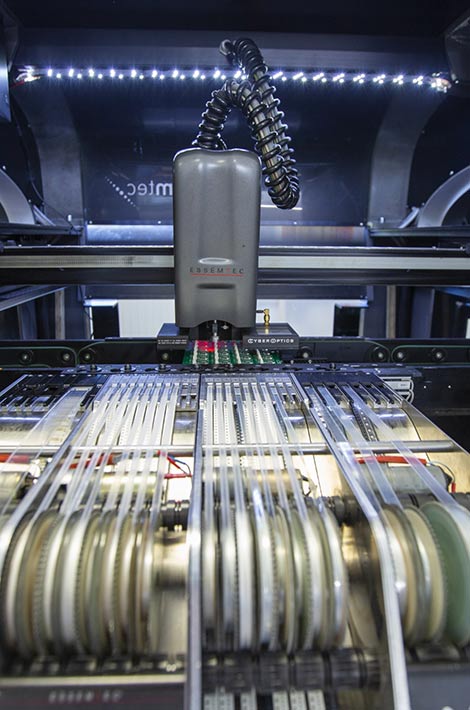 To finish off SMD assembly we offer our clients manufacturing with THT. 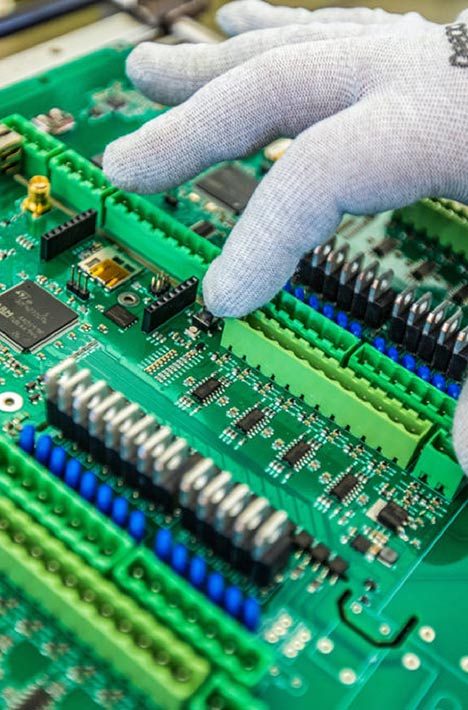 If you wish, we can do the following for each production order: programming, testing, final assembly of boards, servicing, storage or general logistics. 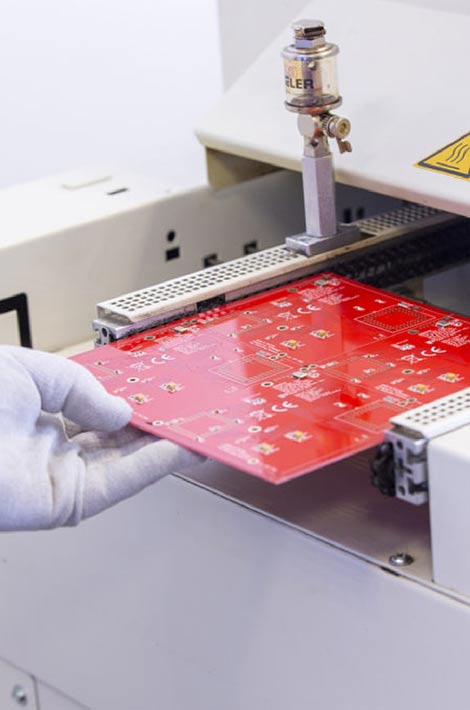